Immunoglobulin Y (IgY) is a major antibody in avian species, reptiles, and lungfish blood. IgY is also found in high concentrations within chicken egg yolks. IgY is often mislabeled as Immunoglobulin G (IgG) in older literature, and sometimes even in commercial product catalogues, due to its functional similarity to mammalian IgG and Immnunoglobulin E (IgE). However, this older nomenclature is obsolete, since IgY differs both structurally and functionally from mammalian IgG, and does not cross-react with antibodies raised against mammalian IgG.

Chicken and avian IgY is a fast-growing field of immunoglobulin research due to several of the unique and advantageous properties of the IgY immunoglobulin. It’s widely known that IgY does not activate mammalian complement factors, making it extremely useful in the development of assays for mammalian serums. IgY also has the beneficial property of being present not only in avian serum but also being the sole immunoglobulin in egg yolk. This allows for the potential for cleaner preps of IgY due to the lack of other immunoglobulins in egg yolk. Furthermore, chicken’s ability to lay eggs almost daily, and the yolk of an immunized hen’s egg containing such high concentrations of IgY, has allowed for chickens to gradually become a more popular source of customized antibodies for research.

In addition to increased yields and purity levels, LigaTrap Technologies address many of the shortfalls related to standard affinity ligands including challenges.  Our peptide ligands provide for a robust lifecycle, mild elution conditions and no immunogenicity or leaching.

LigaTrap Chicken IgY Purification Resin capable of high yields and >95% purity, compared to Protein A and Protein G with yields below detection limit. It can reach up to 99% purity with additional processing. 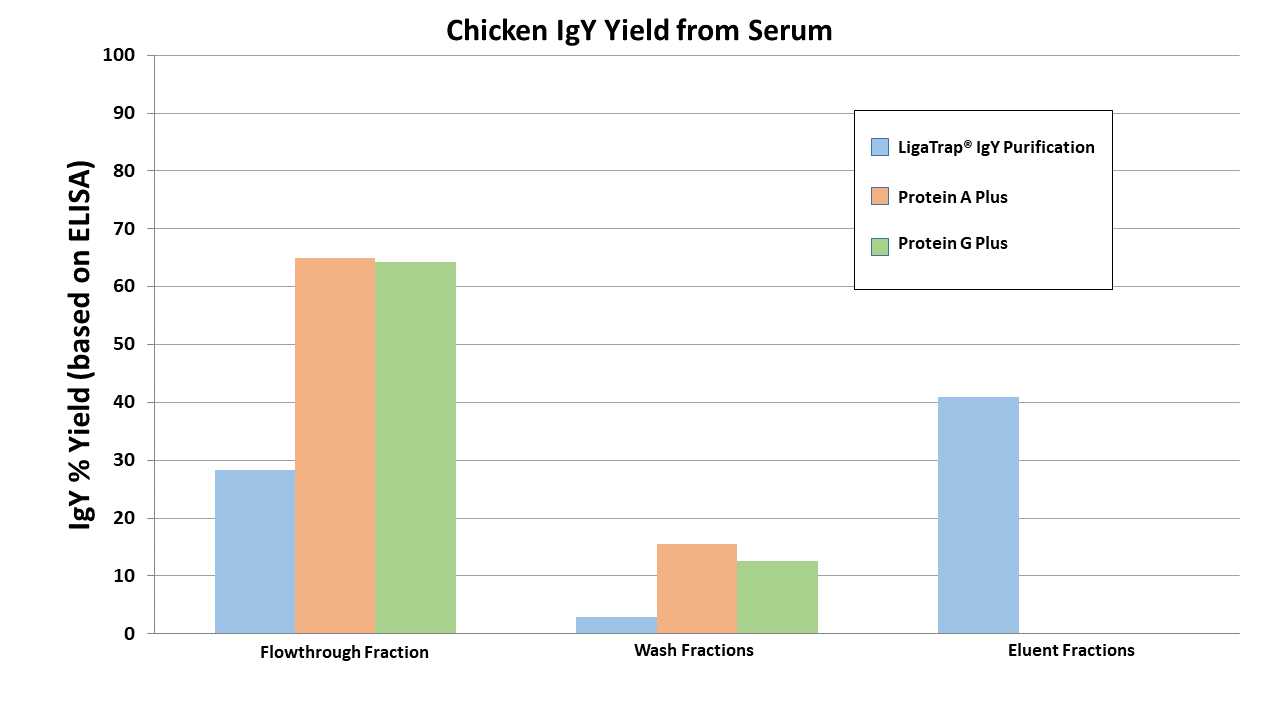 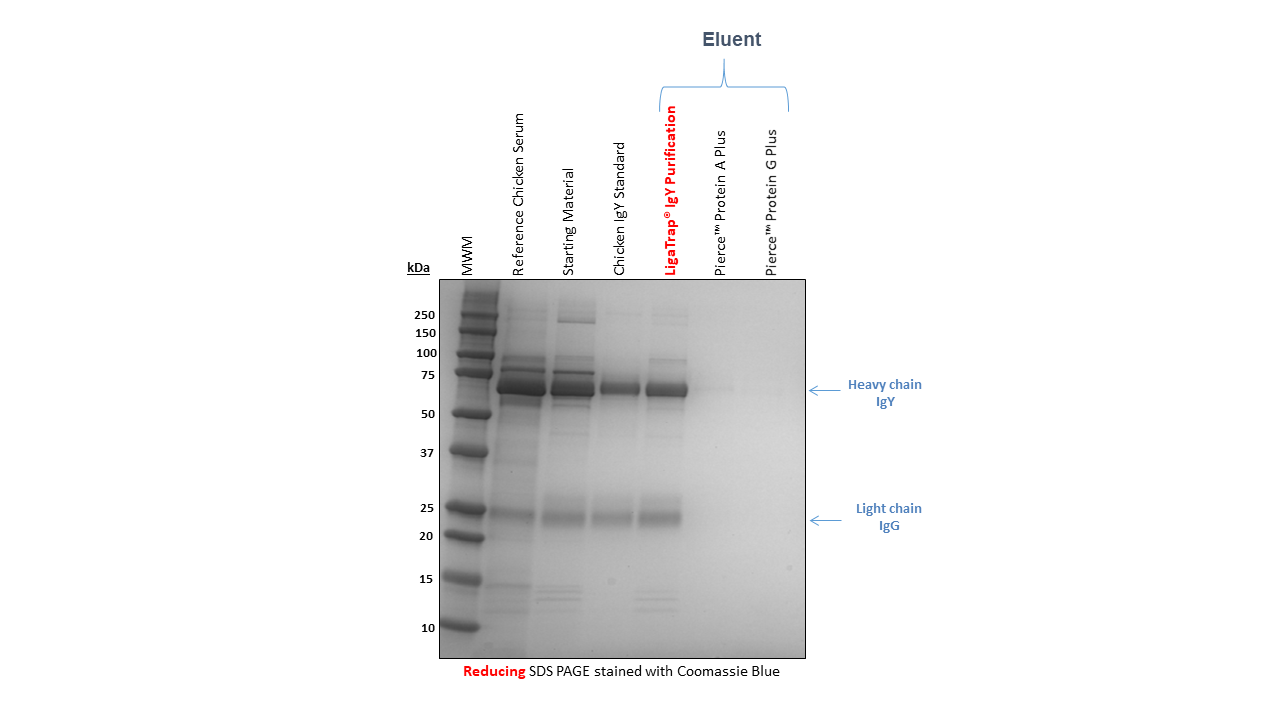 LigaTrap purification kits and resins are convenient and easy-to-use. Simply add the sample to the resin, mix and centrifuge. Not only are LigaTrap purification protocols simple to follow, but also allow for fast and easy recovery of purified antibodies for screening in your end-use assay. Multiple samples can be processed at the same time, resulting in rapid screening for antibody production. LigaTrap microspin columns only require a pipette and centrifuge, no specialized equipment needed. Each microspin column is capable of up to 10 purifications, and each kit has the ability to perform multiple cycles after sanitation, making LigaTrap a cost-effective method for antibody purification.