Like all mammals, camelids produce conventional antibodies made of 2 heavy chains and 2 light chains bound together with disulphide bonds in a Y shape (IgG1). However, they also produce two unique subclasses of immunoglobulin G, IgG2 and IgG3, also known as heavy chain IgG (hcIgG). These antibodies are made of only two heavy chains 1, that lack the CH1 region but still bear an antigen binding domain at their N-terminus called VHH.

Furthermore, the high refolding capacity of the VHH region allow them to be thermodynamically more stable and especially to resist to high temperatures (up to 90°C / 194°F) 10, 11, 12, 13 and extreme pH, such as gastric acid 14.

LigaTrap® Llama IgG Purification resin stands above the competition (Protein A and Protein G) when you look at yield, recovery of all three isotypes, and aggregate reduction. All of this is accomplished using a milder pH (4.0-5.0) than Protein A and G which use very low pH elutions of 2.5-2.8. With >6X recovery compared to Protein A and the ability to bind all three Llama IgG subtypes as opposed to Protein G, makes LigaTrap® Llama IgG Purification resin is a favorite amongst researchers and companies working in the Llama and Camelid IgG field. 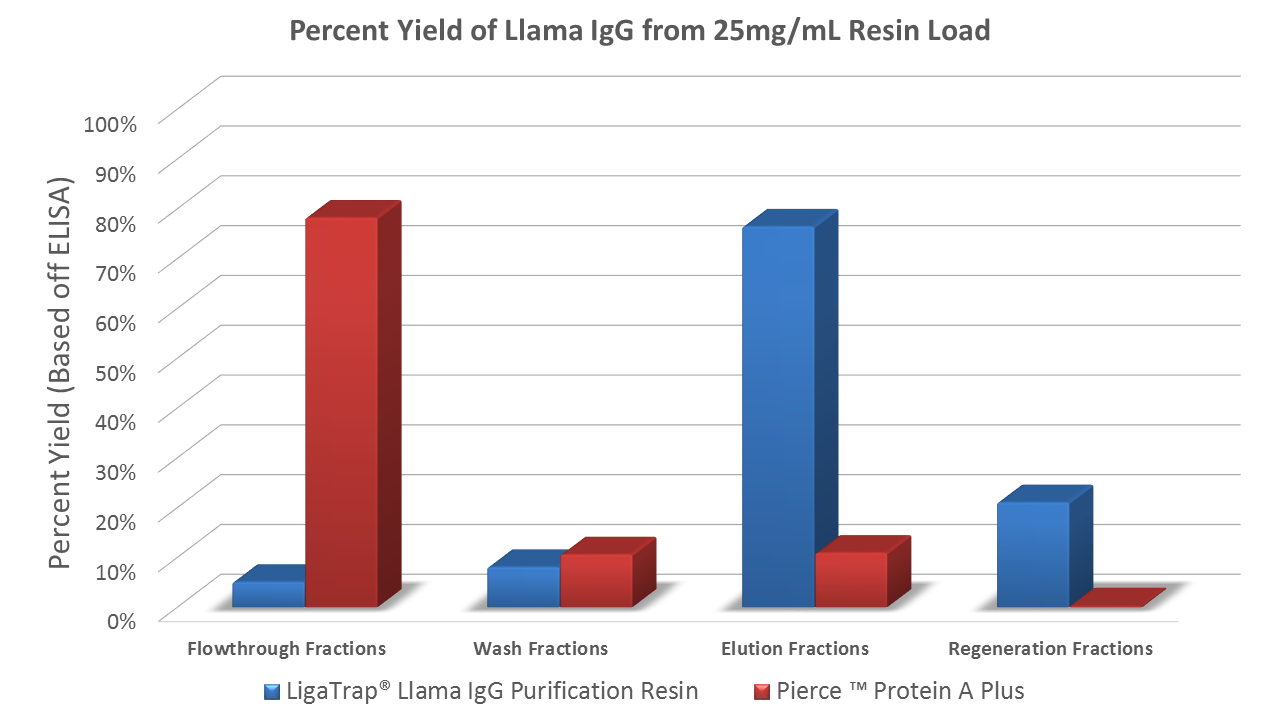 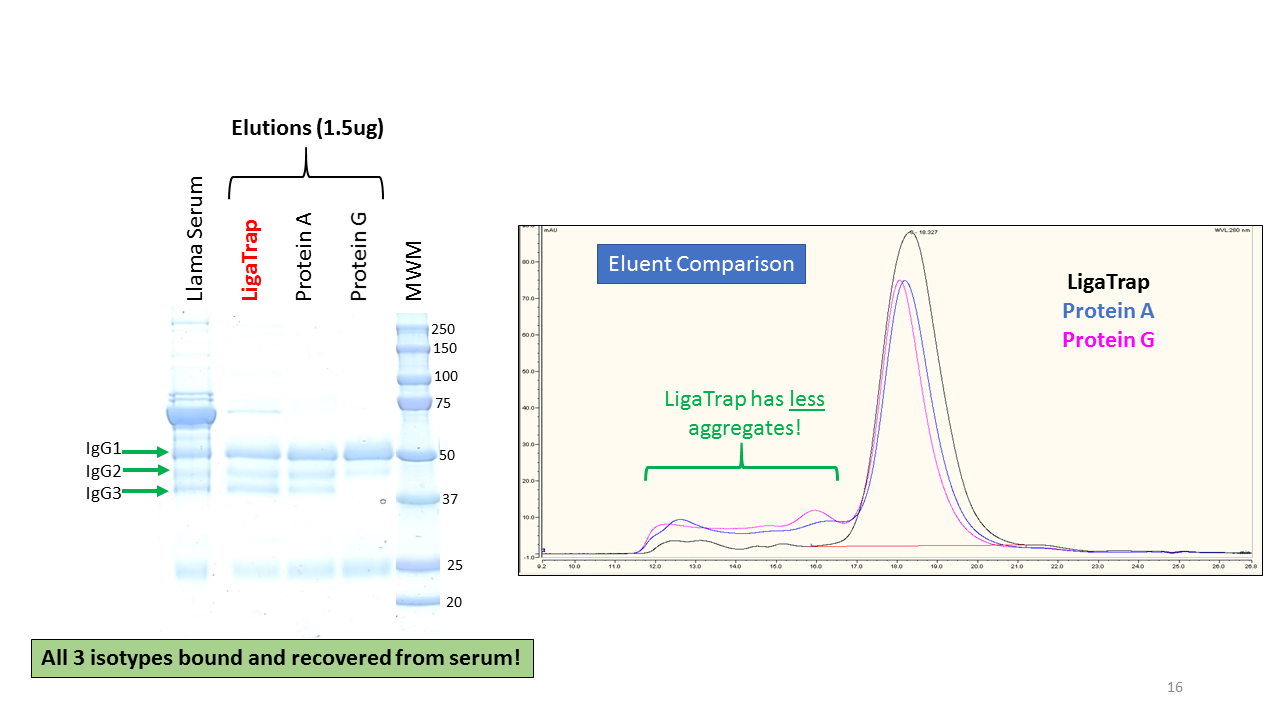