The study of IgM began with the report in 1937 that horses hyperimmunized with pneumococcus polysaccharide produced antibody that was much larger than the typical rabbit γ-globulin, with a molecular weight of 990,000 daltons. In accordance with its large size, the new antibody was originally referred to as γ-macroglobulin, and then in subsequent terminology as IgM—M for “macro”.

IgM is the largest antibody, and it is the first antibody to appear in the response to initial exposure to an antigen. In the case of humans and other mammals that have been studied, the spleen, where plasmablasts responsible for antibody production reside, is the major site of specific IgM production.

IgM monoclonal antibodies have become increasingly favorable for their use as therapeutic tools, while remaining popular for their research and diagnostic applications. Protein A and G chromatography continues to lead the life science industries for the purification of IgG, however Protein A/G proves unsuitable for IgM purification proves.

In addition to increased yields and purity levels, LigaTrap® Human IgM Purification Resin (LT-143) address many of the shortfalls related to standard affinity ligands including challenges with proteolysis and repeated sanitization associated with other common purification methodologies.

Disclaimer: LigaTrap Human IgA Purification resin is not recommended in serum purification applications due to potential cross-reactivity with other immunoglobulins.

Along with great yields and purity, the LigaTrap® Rat IgM Purification resin uses the same simple and easy-to-follow protocol as all other LigaTrap® products, the ability to recover IgM at a milder pH than competitors, and superior resin stability. 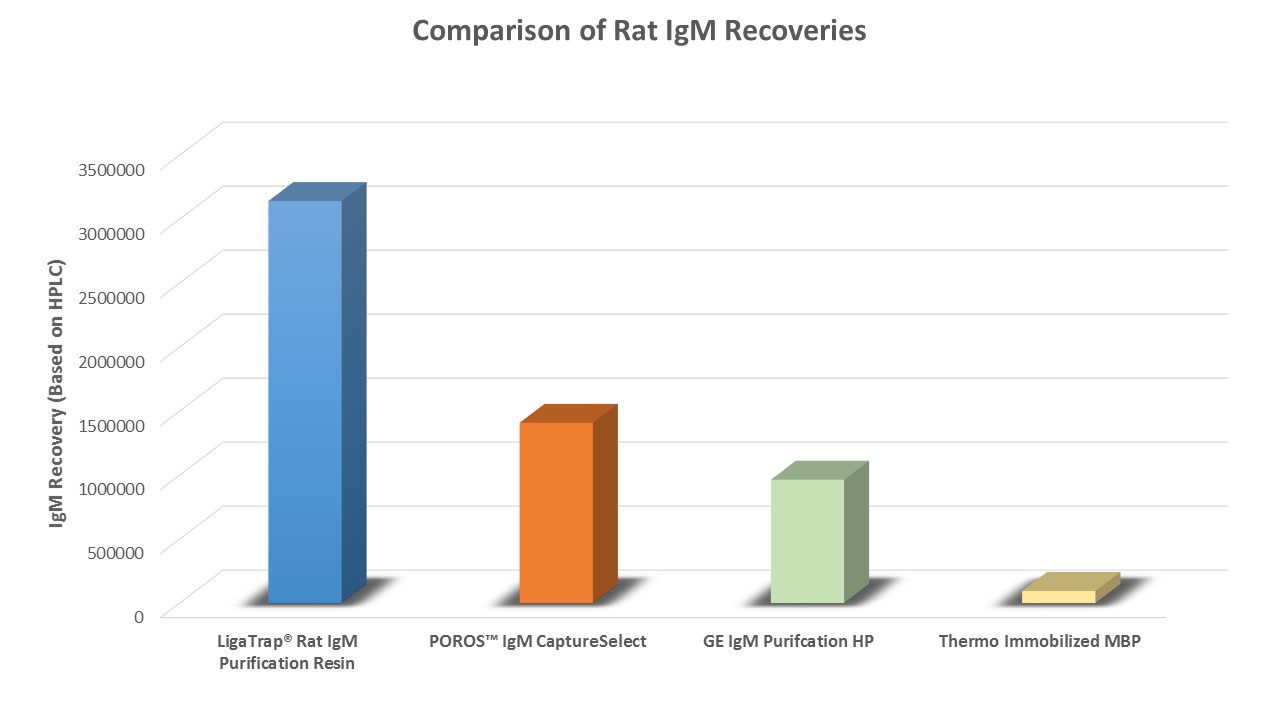 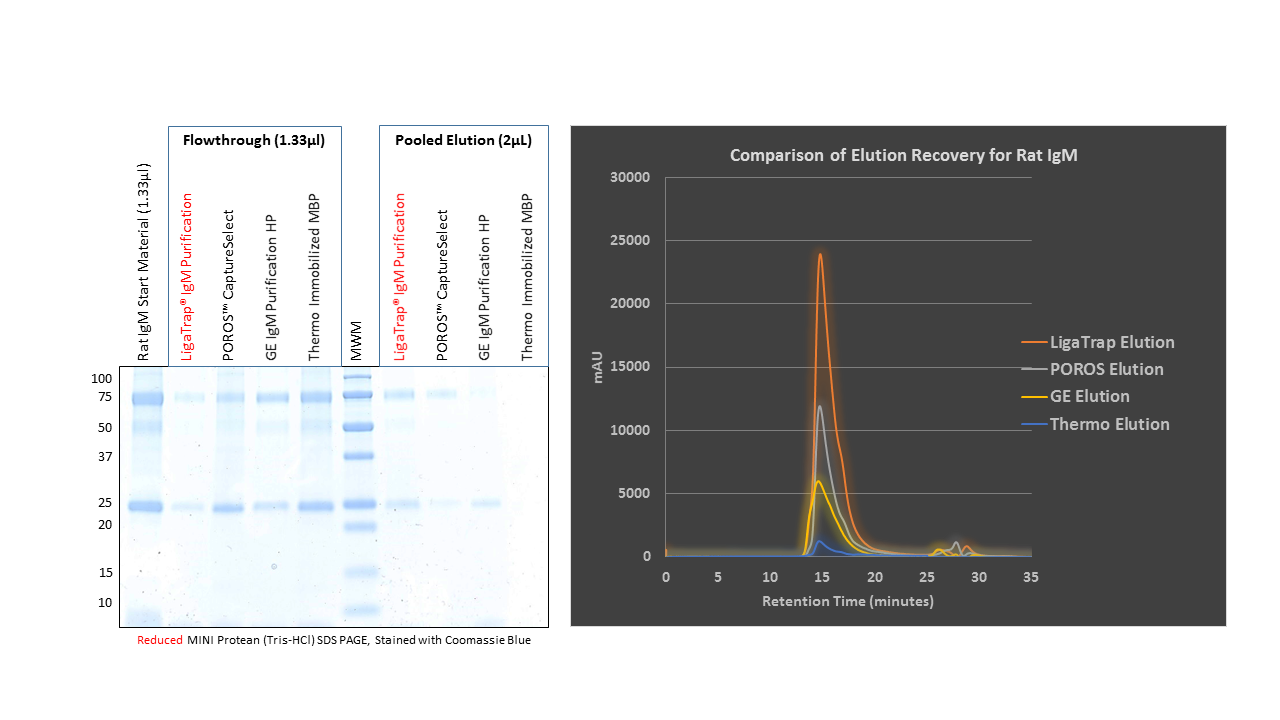